Co-operatives and Fairtrade – a perfect blend 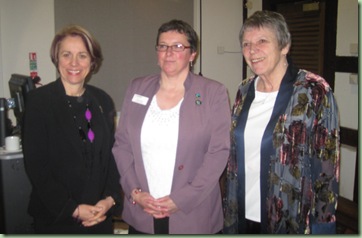 The Network’s annual Fairtrade lecture in co-operation with the University took place at the West Downs Business School on Wednesday 7 March. The lecturer was Helen Carter, Chair of the Andover Fairtrade group, owner of the Fair Trade shop Fayres Fair at Weyhill, and Regional Board member of the Co-operative and member of the Solent Area Committee.

This year is the International Year of the Co-operative. The movement was born in Rochdale in 1844 and is based on the values of self-help, self-responsibility, democracy, equality, equity and solidarity. Co-operatives aim to make a profit but also to improve the lives of its members and their community. The Fairtrade movement has been very largely based on the forming of co-operatives, linking small producers, enabling them to pool resources and to plan and negotiate more effectively. So the Co-operative movement in the UK has quite naturally been committed to Fairtrade from its first emergence. It was the first retailer to launch its own-brand Fairtrade products; by the end of 2013 as many as possible of its own-brand products will be Fairtrade certified.

The Co-operative works closely with its own producer groups, providing additional funds for their community development over and above the minimum Fairtrade premium. Examples quoted were the Kibagenge Co-operative in Kenya, where over 11,000 smallholders are being formed into five new co-operatives, working towards Fairtrade certification, diversification of products, and better access to markets, and Coobana, a co-operative of Fairtrade banana producers in Panama, where community-wide access to clean water, sanitation and green technology is being supported.

Helen emphasised the breadth of the Co-operative’s activities. A micro-generation scheme ‘lendwithcare’ provides small loans, many to women or women’s groups in developing countries, which can transform lives and often bring a rapid return of the loan. A Fairtrade-funded school in Chile has developed regular skype links between its students and those of a Southampton school. 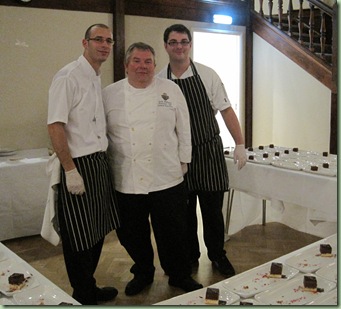 Helen’s lecture was followed by a Gala dinner organised by Events Management students at the University. The delicious four-course meal comprising local and Fairtrade ingredients was enjoyed by nearly 100 guests. Much of the food had been donated by local producers, who introduced each course by speaking about the product, and great support had been given by Lainston House and its chief chef Andy MacKenzie, in drawing up the menu, preparing the food, and training a group of students who faultlessly served the meal. The whole evening was a tour de force.