Posted on March 17, 2009 by Jeannette Archdeacon

The Network was formed in October 2007 from the earlier Fairtrade Group. Terms of reference and a constitution were drawn up and an Executive Committee formed. These were prerequisites for our application for Fairtrade City status. A formal subscription membership was also introduced.

The Executive Committee has met on ten occasions, and there have been seven general meetings some of which have included talks by outside speakers. In July 2008 Bernard Carré of the Southampton Fair Trade Group spoke about Vandanamu Fair Trade, an operation he had helped establish in Tamil Nadu for making cotton bags marketed from Southampton. At our AGM in October 2008 we had a talk by Christine McMillan of the Portsmouth Fairtrade Group on Portsmouth’s many years’ experience as a fair-trade City.

In both 2008 and 2009 the Executive sought to co-ordinate and encourage activities during Fairtrade Fortnight. In each year the programme has included an open meeting arranged jointly with the University, with whom, we have worked in close co-operation throughout. In 2008 we were delighted to welcome coffee-growers Willington Wamayeye from Uganda and Delmar Lopez from Mexico, talking about the difference Fairtrade had made to them in a session entitled The Real Cost of Coffee. In 2009 Robin Murray, a pioneer of the Fairtrade movement, Chairman of Liberation Nuts, and former board member of Café Direct and Divine Chocolate, spoke on Making Fairtrade Even Fairer. This year’s Fortnight also included a Fairtrade wine-tasting in The Brooks Centre, with wine kindly provided by Waitrose, and several groups and organisations took part in Go Bananas for Fairtrade, encouraging the eating of a record number of Fairtrade bananas. The University also held its own programme of events. 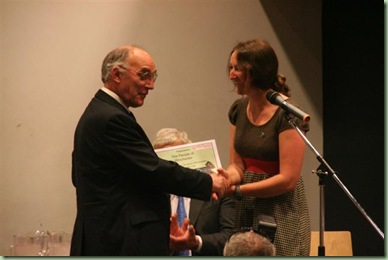 The highpoint of 2008 was the achievement of our Fairtrade City status in March. This involved meeting the stringent criteria demanded by the Fairtrade Foundation. We celebrated our success with a party hosted by the University, who had also achieved Fairtrade status. This was attended by the Mayor who officially received the Certificate of Fairtrade on behalf of the City.

We are now about to submit our first re-application, in which we must show not only that last year’s position has been maintained, but that further progress has been made. It is good to see a growing commitment to Fairtrade in our city, and it has been very cheering to have announcements by firms like Starbucks, Tate and Lisle, and more recently Cadbury’s, of their intentions to move towards Fairtrade for a large proportion of their products. There is still a lot of hard work to be done, though, and without being able to show continuing progress we may not be able to retain our Fairtrade City status.

One very important area is the spreading of the Fairtrade message to schools and young people. Winchester now has, in St Peter’s, its first certificated Fairtrade School. During 2008 the Mayor, Councillor Chris Pines, invited several groups from Winchester primary schools to spend time with him, and each of these sessions included exercises about Fairtrade. King’s School, one of Winchester’s secondary schools, ran a competition for planning a costed Fairtrade stall at their Christmas Fair as part of their business and enterprise studies. Members of the Executive Committee accepted invitations to speak at two primary schools. A good beginning has been made but there is a lot more to be done!

Several of our events have been reported in the local press, and there was a flurry of letters in the Hampshire Chronicle following the grant of Fairtrade City status and the publication of what we considered an ill-informed hostile letter. Recently it has become more difficult to get coverage, and we need to work at this in order to keep Fairtrade before the public eye.

At present our Fairtrade City status relates only to the historic city area. Looking forward, we want extend this to cover the whole of the City Council area and this aim is supported by City Councillors. This extension work needs to be done through partners in the wider area.

We are very grateful to our subscribing members and we badly need to increase their number, both individual and corporate. Please encourage others, and, where relevant, any organisations you belong to, to join us. It is one of the ways in which we can show the Fairtrade Foundation that we have support, and therefore another key element in retaining our Fairtrade City status.

We would like to thank Winchester City Council. The University of Winchester, Winchester Council for Community Service, The Centre for Global Awareness, Solent Skills Quest, and Waitrose for their support; and Robert Hutchison, our first Chairman, for his inspiring and committed leadership, and John Beveridge, our present Chairman, for taking up the reins.