Fairtrade and Climate Change: a common cause? 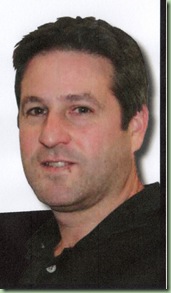 As part of Fairtrade Fortnight 2011 in Winchester Toby Quantrill, Head of Policy at the Fairtrade Foundation, gave a stimulating talk on the above subject.

In the struggle between the weak and the powerful, to do nothing is not to be neutral but to side with the powerful against the weak. Fairtrade is a way of siding with the weak and has been an incredible success story, especially in the UK, which is responsible for the a third of all Fairtrade purchases. It contributes to a wide mission of social justice. It achieved £1b of sales last year but does not simply aim to get more products on to the shelves. Fairtrade can’t do everything; it can and does do something; it can do more.

A report was commissioned from the National Resources Institute into the likely impact of climate change on some key Fairtrade crops at global level. They concluded that the global impact on cotton, cocoa, tea and bananas was all likely to be bad, although on sugar not all bad. But the study made it very clear that while global trends may be relatively predictable, at local level there is still complete uncertainty. If farmers are able to keep growing they could be helped by a long-term increase in global prices (albeit with more volatility and offset by rising costs of food and fertilisers), but only if they are in a position to capture that additional price.

Fairtrade’s strategy for climate change is a combination of research and development into climate change, along with a support programme; looking at the impact Fairtrade could make on climate change; and awareness and advocacy work.

Fairtrade provides a good route to diversification, a core part in adapting to climate change, helped through the Fairtrade Premium. Many farmers are investing in low carbon improvements. Fairtrade also encourages farmers to come together to share ideas.

The Fairtrade Foundation published a discussion document in 2009 on how the climate revolution must be a fair revolution. The Airmiles debate needs to be extended to a broader discussion based on ‘Fairmiles’ which includes consideration of social justice as well as environment. Flowers and green vegetables from Kenya are the only Fairtrade products which are air-freighted. Bananas have a very low carbon footprint. 93% of carbon emissions from a cup of tea come from boiling the kettle. Kenyan farmers have been encouraged to produce out-of-season vegetables for export to Europe and they should at least be given time to diversify to other products if this is no longer welcome.

It is desirable to lower the carbon footprint of the way the Fairtrade movement operates.

Turning to wider issues of sustainable development, he identified three major issues: water and how it should be used, soil fertility, and biodiversity, where significant damage has been done. Environmental, social and economic issues are all crucial and need to work together. Inequality is increasingly seen as part of the equation; poverty cannot be solved unless this is addressed. The core challenges are the needs to produce more food/products with fewer resource inputs; to consume less and to consume better; and to distribute resources more equally. We need a model of consumption based on value rather than price, on quality rather than quantity.

Fairtrade is a real and practical global response to the challenge of sustainable development. It is about the redistribution of power, not just money.